It is hard to imagine a young person in today’s world who doesn’t speak or study at least one language besides their mother tongue. Learning a new language can maximise your opportunities – for business and work, or for travel.

You may be tempted to learn a foreign language because you are in love with a culture. Or perhaps you simply like the way it sounds. While it is fun and exciting to learn a new language, not all languages are equally useful for every learner.

After all, there isn’t much point to learning a dead language (as intriguing as it may be) unless you are a particular type of scholar. You are unlikely to be whipping out Latin in a casual conversation with someone.

So if you are seeking inspiration for which second (or third, or fourth…) language to learn and you value practicality, then you have come to the right place! Read on for some of the best foreign languages to learn in 2020, and why they are the most useful.

What Determines A Language’s “Usefulness”?

The “usefulness” of a language depends on a variety of factors, including personal preferences and goals. Here are a few things to consider when deciding which language is most useful for you.

More often than not, the most common languages are among the most useful languages. The reason for this is simply that they are widely spoken. If you learn a language that a lot of people speak, it would certainly open up more possibilities to use as well as need the language.

However, that isn’t to say that languages that aren’t as widely spoken by native speakers are not useful. These languages are still used in international contexts frequently. For example, the official U.N. languages are used in business, political and nonprofit settings.

Moreover, it is crucial to take into account what second languages people throughout the world are learning. For instance, the French language has its number of total speakers increasing big-time beyond the number of native speakers.

Language skills are very desirable in almost every career field. However, which language is most useful depends massively on your particular career field.

For example, if you are pursuing a career in Medicine, Law or Education, then Spanish might come in handy. If you work in international business, you might benefit from Chinese, Japanese, German, etc.

Every career sector is unique. Therefore, the best way to determine the usefulness of a language for your career is to look at job listings that look ideal to you. Have a look at the language skills these jobs require. Polishing these skills will boost your chances of being qualified for these positions.

Of course, it is very important to consider where a language is spoken. European languages such as Italian are frequently popular due to business and travel interests.

With that being said, it is important to consider your personal interests and goals while you are looking at the geographic region where a language is spoken. Think about it, what use will learning a language have for you if it is popularly spoken in that region when you have no intention of travelling there?

In this case, learning a language from an area you hope to visit often would suit you much better.

If you can’t stand cold weather and love living on the beach, Spanish will probably be much more useful for you than Norwegian.

If you are not entirely sure about what you will want to use a language for, then pay particular attention to how versatile a language is.

Widely spoken languages such as Spanish, Mandarin Chinese or French are versatile because they are used in a broad range of professional fields. These fields can range from art to business to politics – you name it. Choosing such a language can ensure you gain something out of all your years of studying it.

Have you thought about how often you will actually be speaking the language? Spanish might be widely spoken in your career field. However, if you personally only use it once or twice a year at a conference, it has far less usability for you.

For example, learning a language because you have family members who speak it would increase its usability for you. Furthermore, if you have travel plans, try to choose a language you will actively use.

Factors such as number of speakers, geographic location and versatility also come under the bracket of usability. All of these can significantly influence how and/or when you might need to use a language.

Nine Of The Best Languages To Learn

While everyone ends up using different reasoning to choose the best languages to learn, we have got a few ideas to help you. We have crunched some numbers and looked at the available options, and believe that the following are the 9 (that’s right, not 10) best languages to learn in 2020 (and any other time)!

English is the most popular second language in the world. It has 1.4 billion native and non-native speakers combined. It is the most influential in the world by far, which makes it one of the most important languages.

English is present globally as it is essentially the mother tongue of the internet and computer technology. It is also the official language in the U.S., Great Britain and Canada, all of which are on the list of the world’s 10 biggest economies.

Popular places to learn English include: the U.S., Australia and England

Second only to Chinese, Spanish has more than 500 million Spanish speakers around the world. However, unlike Chinese, it is also the official state language of 20 countries in North America, South America, Europe and Africa.

Spanish is also an official U.N language. It is often considered the official language for business. Spanish speaking countries carry out a lot of business with the U.S, where there are an estimated 52.6 million Spanish speakers.

Popular places to learn Spanish include: Spain, Argentina, and Guatemala

Chinese is the most widely spoken language in the world. As you may be aware, Chinese is not just one language, but rather a group of dialects. A few of these dialects are so distinct from one another as to technically be separate languages.

The most common Chinese dialect is Mandarin and is spoken by a whopping 70 percent of all Chinese speakers. Moreover, more than 13 percent of the world’s population speaks Mandarin Chinese! Chinese is also one of the six official languages of the U.N.

China is projected to become the world’s leading economy by 2050. It is already the world’s largest trading nation. China is the top trading partner of the U.S. International business positions are more likely to demand Chinese skills, opening up job opportunities.

Bear in mind that business isn’t the only career option for Chinese speakers! There is also a great deal of demand for native English speakers to teach in China. Speaking Chinese can therefore help set applicants apart from the crowd when trying to secure a position.

Popular places to learn Chinese include: China, Taiwan, and Singapore

Another Asian language is on the list of most useful languages to learn due to this country’s economic strength and influence. It is the ninth most spoken language in the world.

Japan is also a business hub. It has the third-largest economy and is the fourth top trading partner of the U.S. If you are someone considering a career in international business, you might benefit from brushing up on your Japanese.

Moreover, Japanese serves as an excellent gateway language for learning other Asian languages. This is because the Japanese writing system includes some Chinese characters and its grammar is similar to Korean. Thus, a working knowledge of Japanese allows learners to gain access to both of these languages.

When it comes to how useful learning German is, it is certainly not the wurst. German is the most widely spoken native language in the European Union. It is the 13th most common first language in the world.

Germany is also an academic and political powerhouse. This creates business opportunities for German speakers and is also beneficial for anyone interested in pursuing a forward-thinking field.

Popular places to learn German include: Germany and Austria

French is popular in international nonprofits and diplomacy so it is especially useful for those wanting to pursue a career in the nonprofit/diplomatic realms. It is quite handy in the business world as well since France has the fifth-largest economy.

French is also particularly useful academically as it happens to be the language of authors from Victor Hugo to Marguerite Duras to Camara Laye.

Popular places to learn French include: France, Canada, and Switzerland

Italian might not be as widely spoken as the other languages on this list. However, it can still be pretty useful. There are an estimated 65 million Italian speakers in the world. This makes it the 21st most common first language.

Italy is often associated with art and culture. Italy was the epicenter of the Renaissance and Ancient Rome greatly shaped the Western culture. The Italian language was used in many Renaissance texts.

Popular places to learn Italian include: Italy and Switzerland

Russian is certainly not the easiest foreign language to learn. Apart from having a different alphabet, Cyrillic, it also has an abundance of noun cases. The latter being something most native English speakers haven’t come across before.

Russian is useful to professionals across multiple fields. Russian literature is also considered among the finest which makes Russian a useful language for avid readers and literary scholars.

Popular places to learn Russian include: Russia, Belarus, and Ukraine

Arabic has been defined as a “critical language” for national security. However, Arabic speakers can find work beyond government jobs in international NGOs and journalism. Moreover, they can work in science, architecture, business, engineering and much more.

Popular places to learn Arabic include: Egypt, Jordan, and Morocco

To conclude, every single language is beautiful in its own way and has its own unique history. So when you are choosing a new language to learn, have a think about which career path you would be going down in the future.

If that is too far ahead for you, then think about your immediate plans – be it traveling, studying, or even watching an anime series. And then start learning a language that is most suited and tailored towards your individual goals and ambitions.

Make sure to have a look at our other articles on a range of other interesting topics and much more here:  https://examqa.com/articles/

We have a YouTube channel as well (the fun never ends!). Check out our amazing videos on science, maths and a lot more here: https://www.youtube.com/channel/UCuGRdmg8NcUgn0ymT7-jKNg 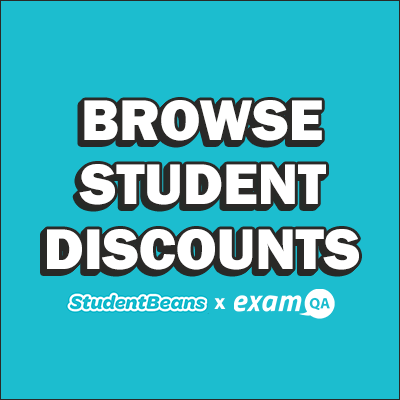